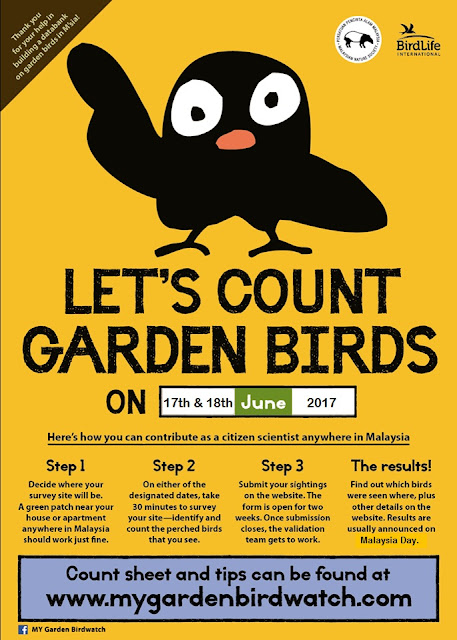 2016 count was done at my sister's place in Bukit Jalil, Kuala Lumpur. Plan to count at this area again this coming 17th and 18th June 2017. Would be interesting to see how the garden birds of Malaysia are faring in 2017, and which species will be at the top of the list. Common versus Javan Mynah "Battle" - wondering whether this battle continues or will other Mynah species prevail?
Posted by tripletrogon at 12:10 PM 1 comment: 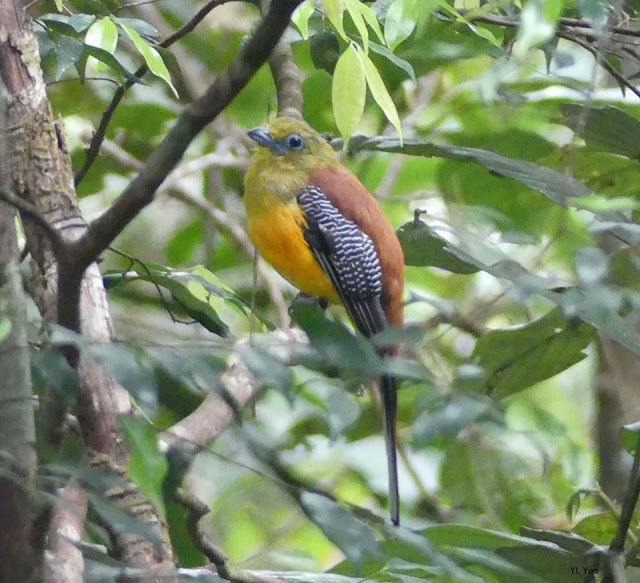 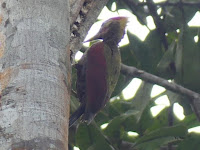 Orange Breasted Trogon on Sunday afternoon. It was calling earlier in the morning but didn't see it. Returned to the trails and waited for the Ferruginous Partridge to return that afternoon. The pair didn't show up but the Crimson-Winged Woodpecker turned up unexpectedly. This woodpecker hammered away at one of the tree trunks for quite a long period of time. The back of the woodpecker was facing me for quite some time and I could only get a picture of the left side of its face and body in a matter of seconds. Broadbills visited the trail that afternoon were the Black and Yellow and Silver-breasted. 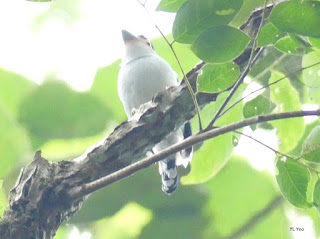 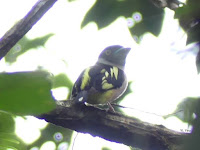 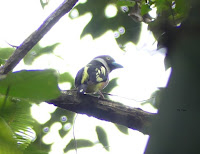 Missed the Silver-breasted Broadbill at Telapa Buruk so was really happy to see it turn up at Bukit Tinggi that Sunday afternoon! Silver-breasted broadbill's whistle-like calls were heard before it flew in and perched on several branches above the trail. Such a treat and I'm over the moon being able to see three different species of Broadbills (the Green was seen earlier in the morning) in 1 day. 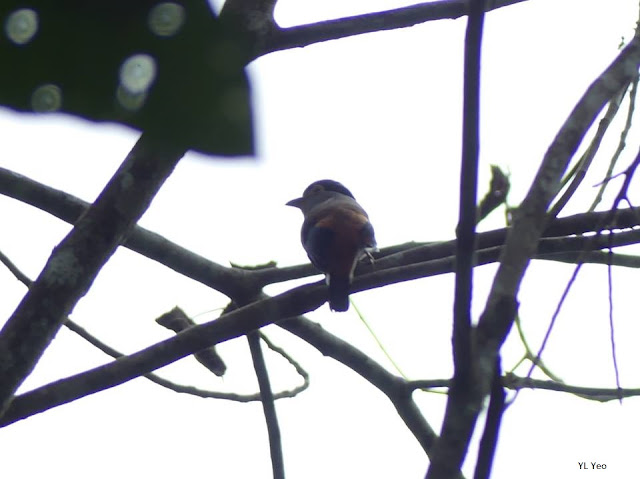 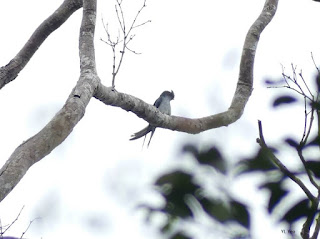 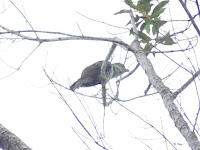 Bird seen and/or heard that Sunday afternoon at Bukit Tinggi have been recorded in eBird through my earlier post at Japanese Gardens in Malaysian highlands. Gray-rumped Treeswift and Indian Cuckoo were last birds seen as I exited the trails near Japanese Gardens. The Himalayan Squirrel and Dusky Leaf Monkey were also a welcome sight that day in Bukit Tinggi. Although the Ferr. Partridge did not turn up that afternoon, the birds seen that day more than made up for the no-show by the Ferruginous Partridge. Was with Ang and Mrs Ang (Lwee) during the Sunday morning birding session and am grateful to them for giving me a lift up to Japanese Gardens from first guardhouse at the foothills of Bukit Tinggi. 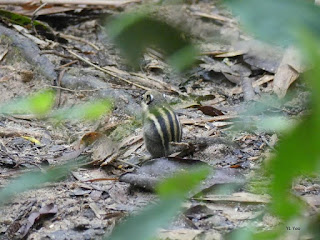