Day trip to Prek Toal Bird Sanctuary located at the waterways of Tonle Sap, the largest lake in Southeast Asia. We stopped for our lunch break at the Visitor Centre of the Prek Toal Core Area, Tonle Sap Biosphere Reserve, Battambang Province. These A4-size laminated cards listed the species of birds and reptiles that can be found at this Wildlife Sanctuary. 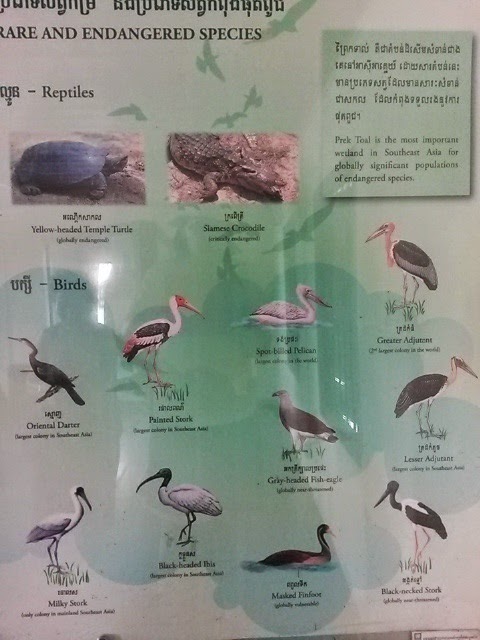 The Spot-billed Pelican was the first bird we saw. Also saw one in flight over the paddyfields when the bus was on the way to Ang Trapang Thmar Sanctuary. Didn't manage to see the Sarus Cranes which this Sanctuary is famous for though. 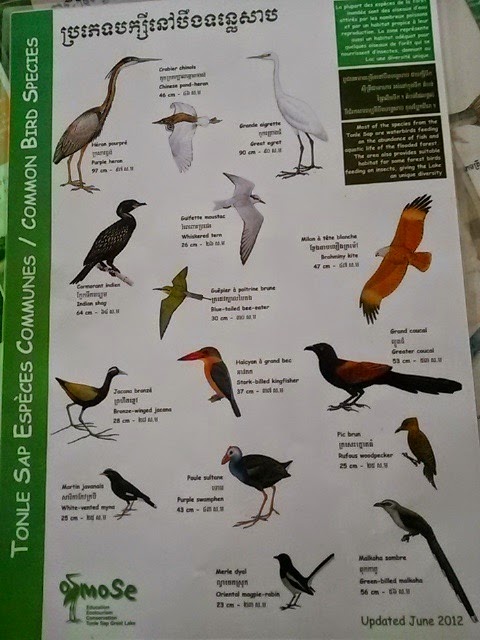 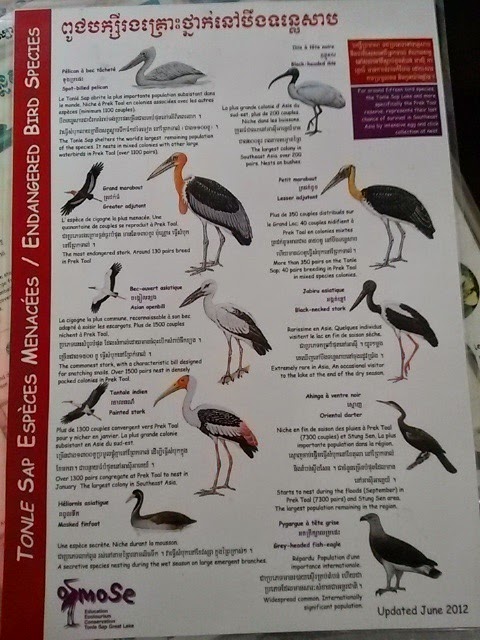 Hundreds of Asian Openbill soaring on thermals and flying over and above us in the Prek Toal Sanctuary. Grey-Headed Fish-Eagle perched on a tree for quite a long period of time. Black-headed ibis in flight was spotted by my friend Mr. Ang Teck Hin and he has a nice picture of it in his Facebook page.

The engine-powered paddle boat could only fit five (including the driver & his assistant). Some "scars" from the leave-less overhanging branches, literally gave those of us sitting in the paddle boat a good whipping when the boatman increased the speed of engine through the waterways that got narrower and narrower as we neared the Sanctuary. Paddles and manual boat rowing would have been very welcomed. 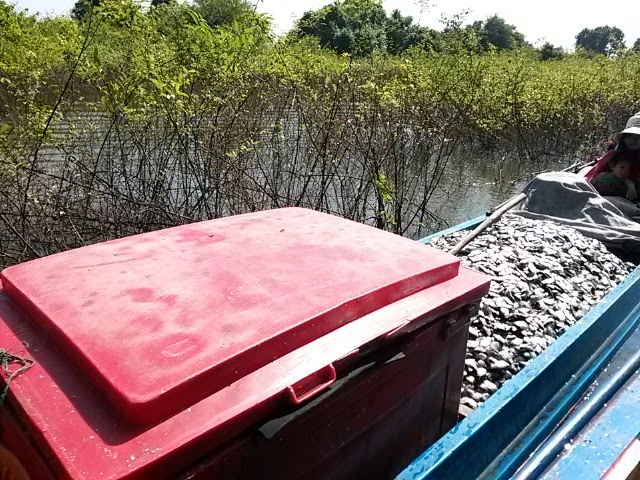 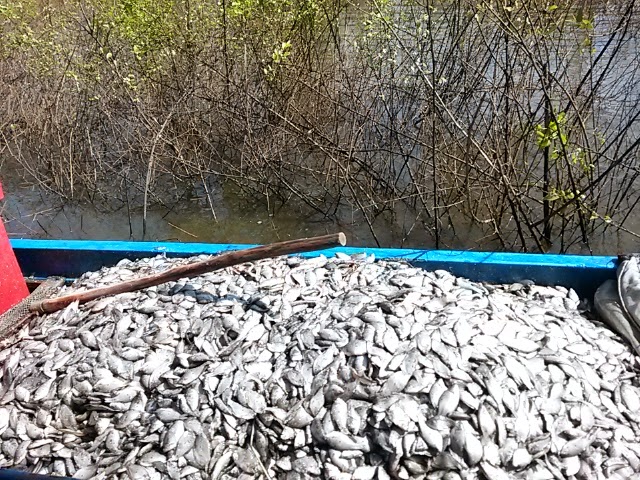 The fishing boat above, laden with the catch of the day from Tonle Sap could help explain why Prek Toal is such a popular roosting site for the waterbirds, storks, ibises and cormorants (including the Pelican!).﻿
Posted by tripletrogon at 8:57 PM

Brickbats and Bouquets welcomed but not Internet trolls