Selected pictures from Banteay Srei, Angkor Thom, Ta Phrom and Angkor Wat below during a very short one day trip to this site located on outskirts of Siem Reap, Cambodia. 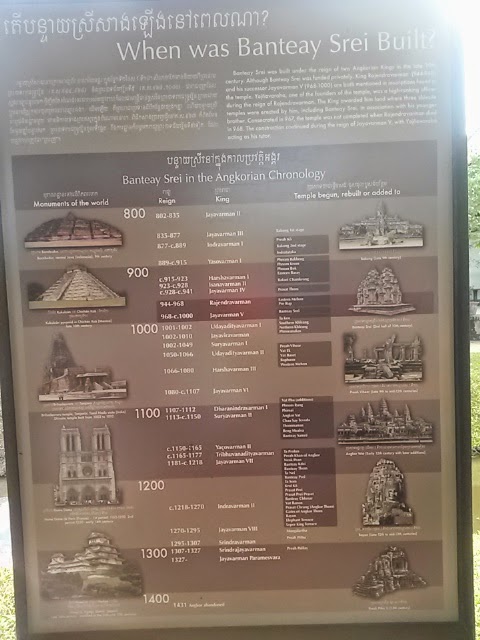 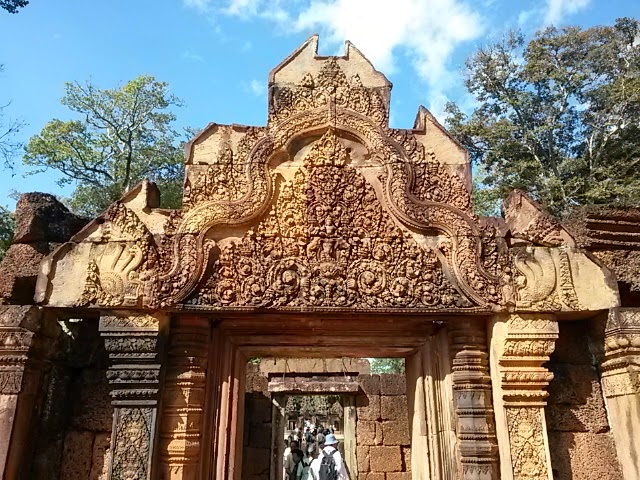 Gopura according to book "Stories in Stone" by Mr. John Burgess at John Burgess's blog. He writes so well in the book, explaining the Angkorian dynasty through the translation from an inscription in an ancient stone written by a Brahmin priest. The (stone) was discovered in a temple called Sdok Kok Thom, located along the borders of Thailand and Cambodia. It was amazing how Mr Burgess discovered this ancient temple, when he was a journalist who was at that time, reporting on the Khmer rouge civil war that was raging in Cambodia from 1975 to 1979. 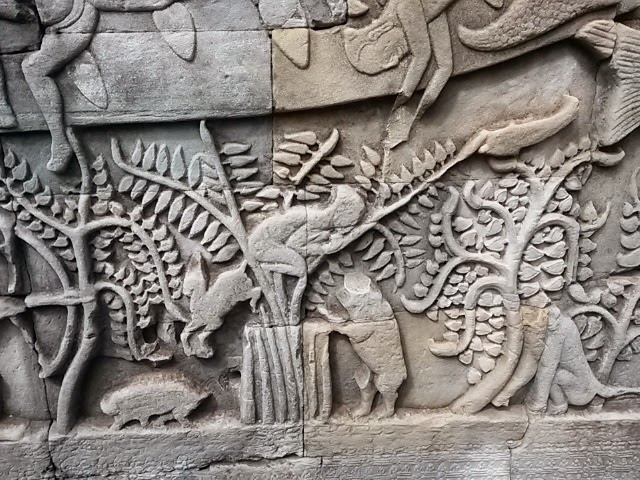 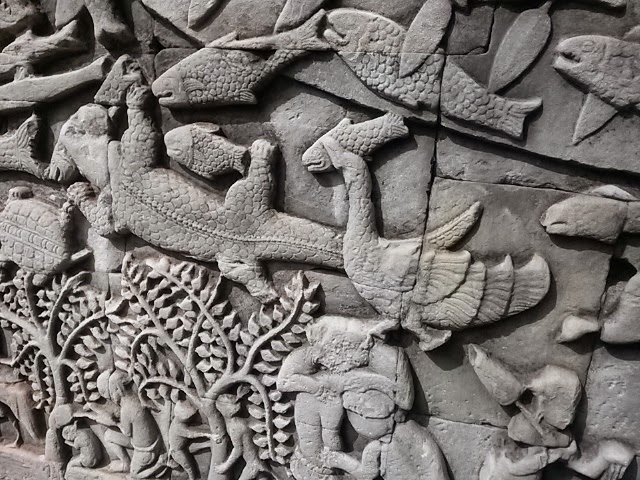 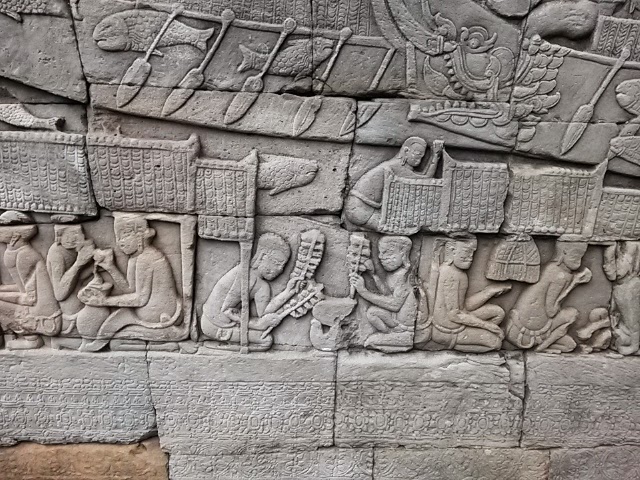 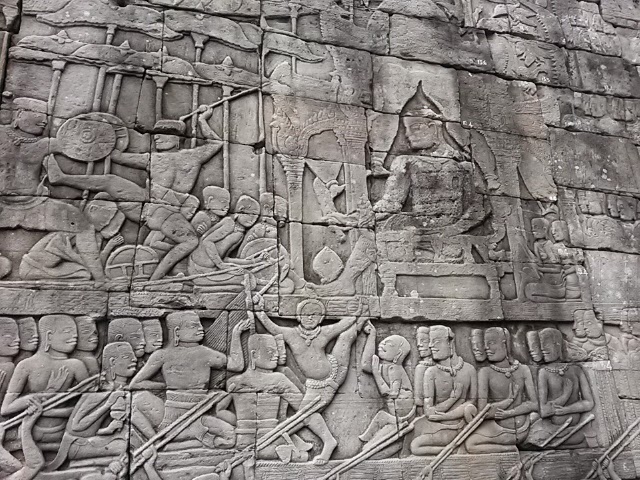 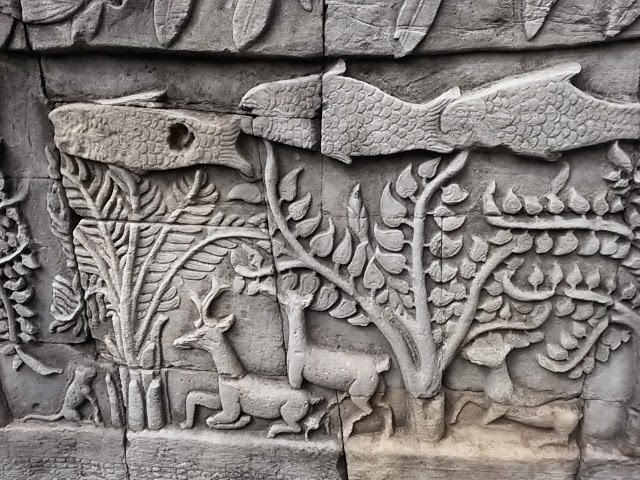 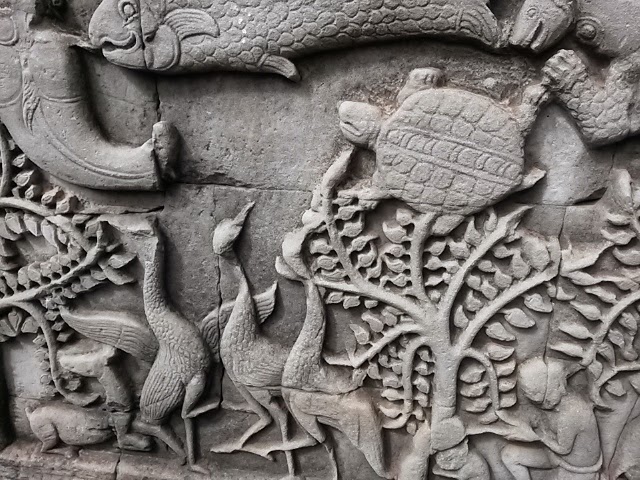 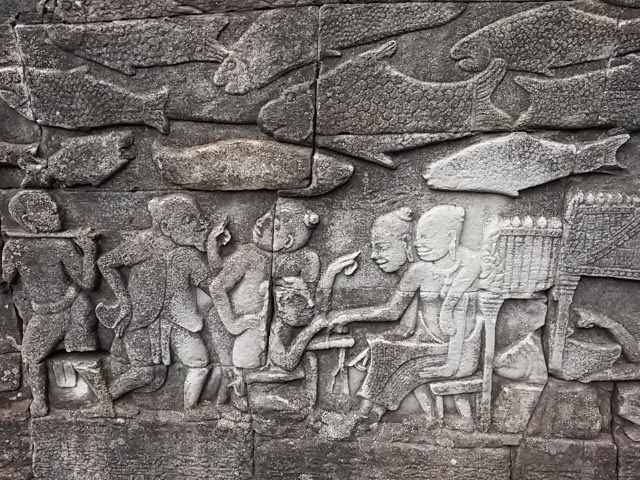 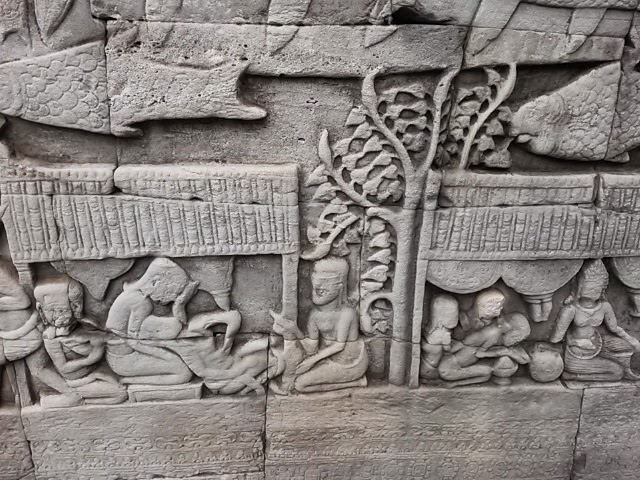 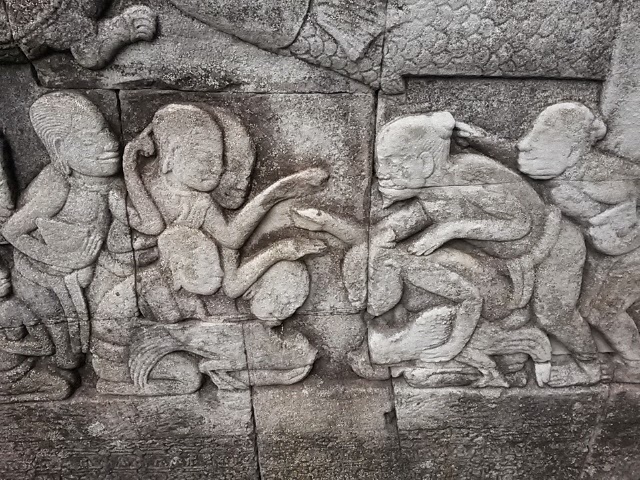 Carving of a huge boat sailing on what looked like the Tonle Lap lake. Numerous fish and riverlife carvings surround the boat. 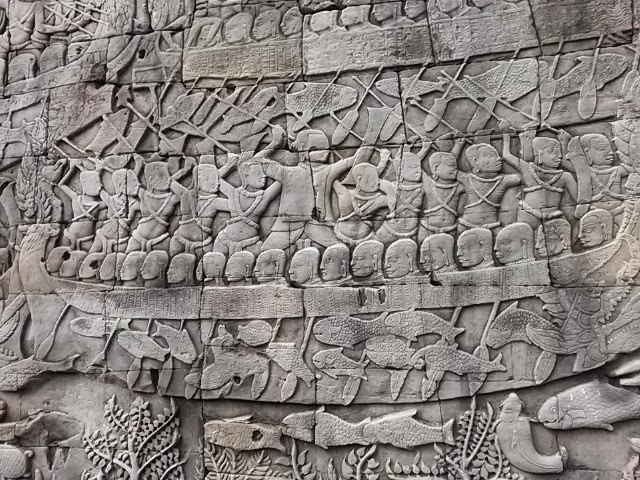 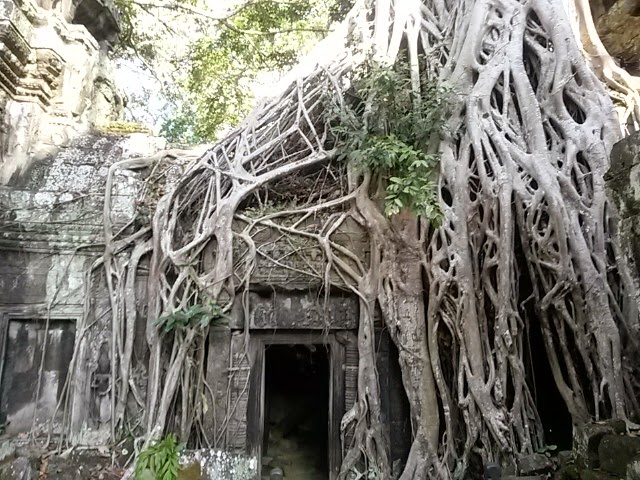 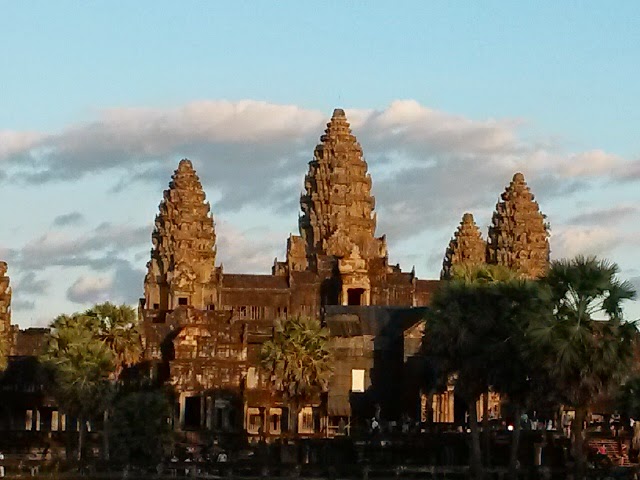 Posted by tripletrogon at 1:09 PM

Brickbats and Bouquets welcomed but not Internet trolls