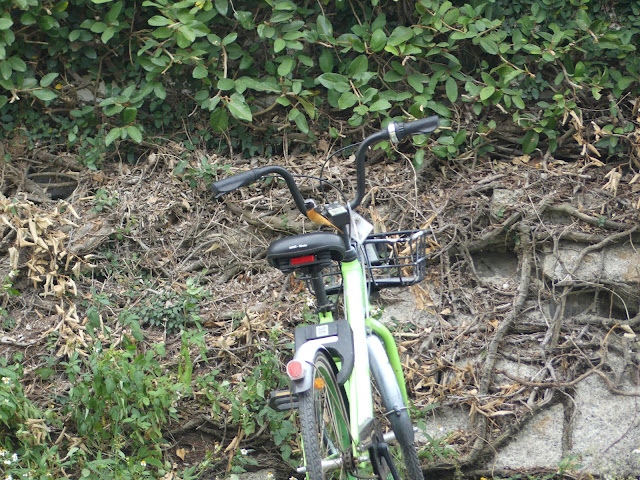 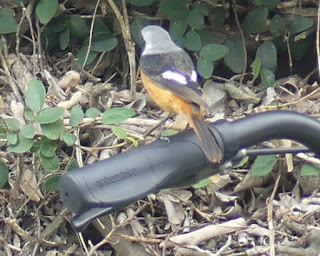 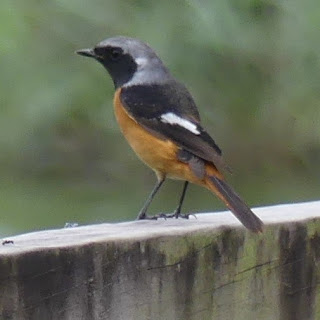 Daurian Redstart (Male) was spotted perched on the seat of this bicycle parked beside the public toilets in the wetlands of Mai Po. The silvery colours of the head and nape were so striking, as was its black face, two thick white streaks on its black wings and vivid chestnut orange colours on its upper breast with lighter colours on underparts. The female D. Redstart was seen later in the reserve and had chestnut orange plumage overall. The Daurian Redstart reminded me of the Robin species we have here in Malaysia. It is grouped as part of the Thrushes (Turdidae) family in the Birds of HK and South China book by Clive Viney, Karen Philipps and Lam Chiu Ying. The Chats, Redstarts, Robins, Forktails and similar small thrushes are placed  in the Flycatcher (Muscicapidae) family,  by Sibley (1990). As the Movement Control Order in Malaysia enters its fourth phase, this could be the final post about my adventure in Mai Po wetlands with my friend. The government agency I work for requires us to be back in the Cyberjaya office by Monday, 4th May 2020. But I digress too much. It was time to bade goodbye to Mai Po wetlands as my friend and I started our walk back to the WWF Centre. It was past 2pm already and as much as we loved the birds, wetlands and waterfowl, our rumbling tummies reminded us that the steamed buns we had earlier for breakfast had been fully digested as we had walked a long distance that morning. As much as we would have loved to capture in pictures every bird seen in Mai Po Nature Reserve, these were some of the birds which gave us the opportunity to remember them from a trip which I can only describe as a rare one for me... 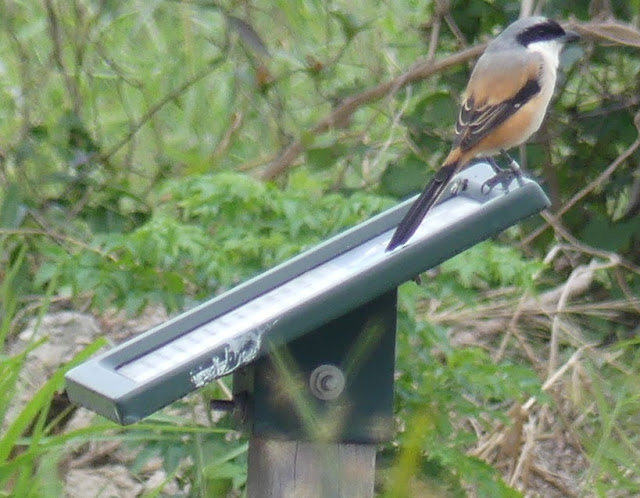 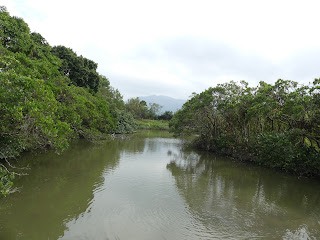 Long-tailed Shrike with a silver ring on its right leg. The Greyish cap of this shrike species extended to its nape and upper shoulders. It black Zorro-like mask makes it look a little heroic:) There were a few rivers surrounding the Nature Reserve, in which the Chinese bulbuls could be heard singing and chirping away, hidden inside the thick foliage of the mangrove trees and bushes. The size of Mai Po, according to Wikipedia site, covers 380 acres (1.5 km2) wide for The Education Center and 1500 acres (6 km2) for the natural conservation area and its surrounding wetland. The Mai Po Marshes and Inner Deep Bay Area was designated on 4th September 1995 as a Ramsar Wetland site of importance. Controversy surrounded the closure of Mai Po in February 2008 as it was reported that the wetlands was closed by the Hong Kong Government for 21 days following discovery of H5N1 infected egret. It was government policy to close Mai Po  whenever there was an infection discovered within 3 km radius of the premises. It seems this was the fourth time the wetlands was closed and this move was criticized by WWF claiming there was inconsistency in standards applied by the Government and WWF had sued for compensation of HKD1 million for lost income ( reported on 27th Feb 2008 by Agnes Lam article on “Mai Po wants review of bird-flu shutdowns WWF seeks HK$1m for closure of reserve" in South China Morning Post). There is a collection of poems written by Louis Ho, called "Incense Tree" and one of the poems was "Living on the Edge of Mai Po Nature Reserve". It is reproduced below for pondering:-
This garden this stream these marshes,
A bird sanctuary amongst mangroves,
Herons perch egrets glide,
The hills gather from afar.
On a clear day
To the left to the right
Rise shadows of city block,
The other side of Hong Kong, Shenzhen, China.
At night, a long row of lights like jewels,
Marks the electrified high fence
From one end to the other
Our Berlin Wall, looking innocuous,
Bathed in the warm glow of the Chinese city.
The horizon closes in like two long arms.
We are surrounded,
China holds us in an immense embrace.
Merely the lie of the land. 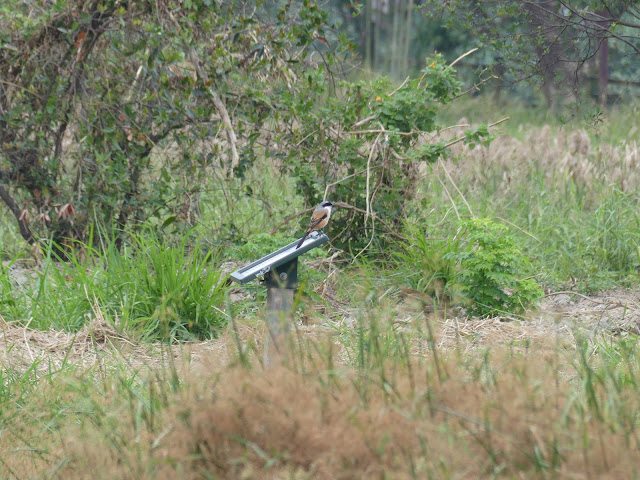 The original picture of the Long-tailed Shrike was as above, a chubby bird perched on an information board in the wetlands. 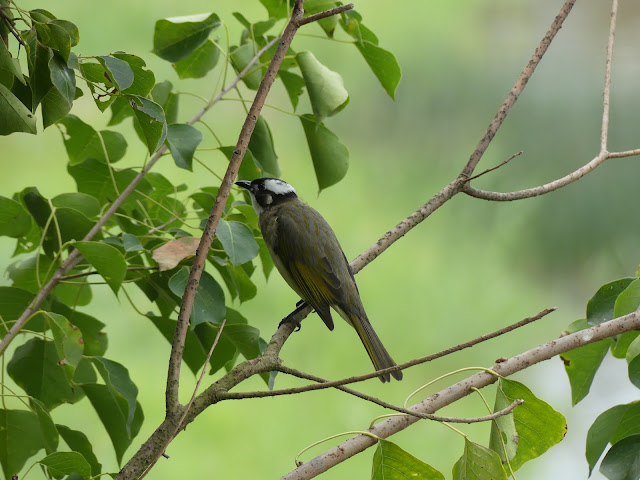 Chinese Bulbul - flocks were seen and heard all over Mai Po Nature Reserve.
The panoramic views of Mai Po Wetlands will be etched in my memory for many years to come. 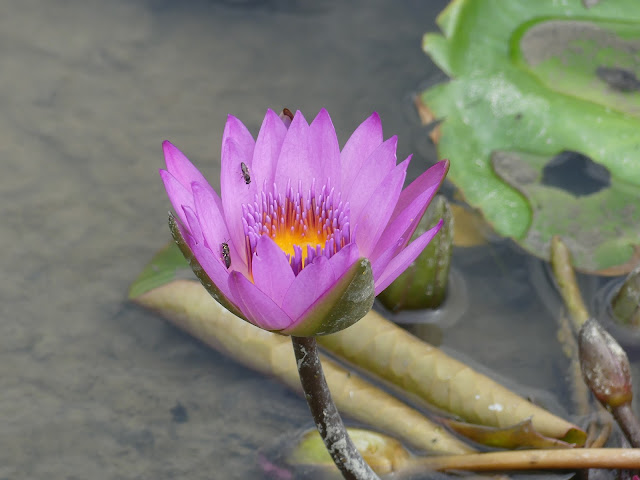 A lily flower blossoms in purple glory with nourishment and a refuge for insects. 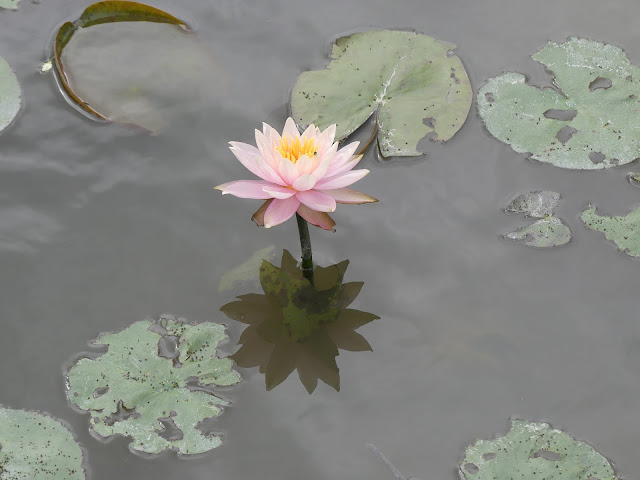 A pink lily flower emerges from the waters, as noontime's sunlight reflects on it. 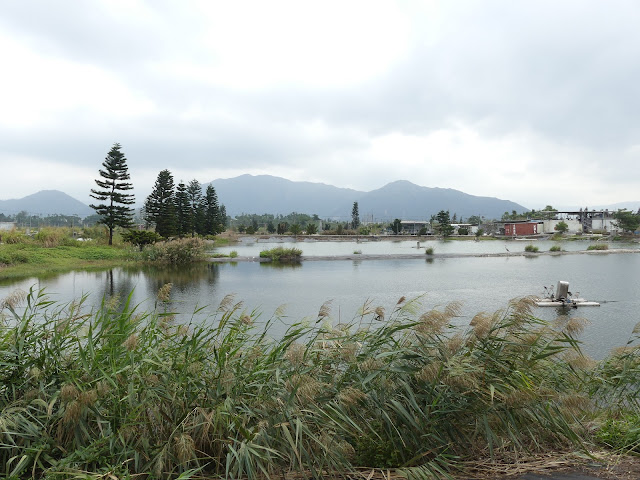 One of the many shrimp/fish ponds in Mai Po Nature Reserve. 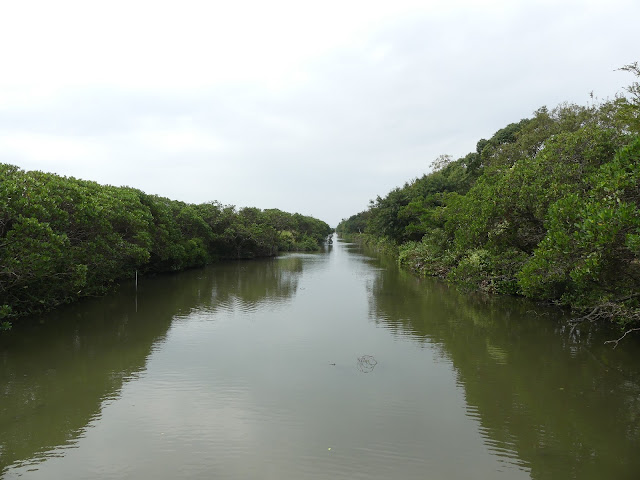 One of the many wetland system of rivers in Mai Po. 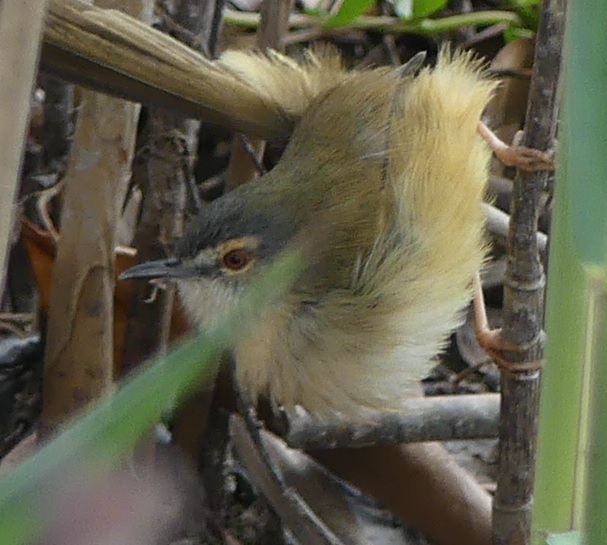 Plain Prinia. Heard calling and finally I had a good unobstructed view of it! 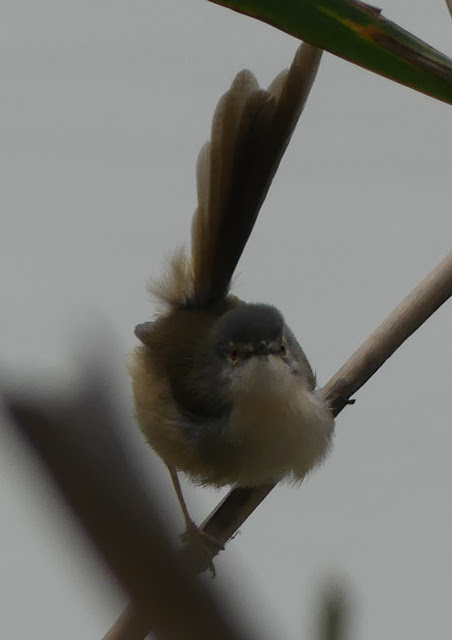 Plain Prinia, face to face to me as it perched on one of the tall reed grass. 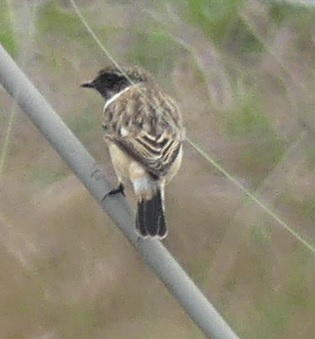 tripletrogon
I dont know what your destiny will be but one thing I do know; the only ones among you who will be really happy are those who have sought and found how to serve - Albert Schweitzer (1875-1965)
Older Posts Home
Subscribe to: Posts (Atom)