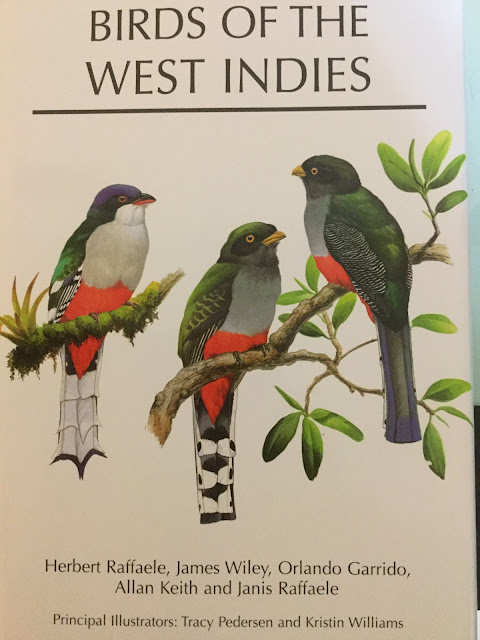 Big Bad Wolf held its 2017 Year-end Book Fair at Mines Convention and Exhibition Centre. Off I went with my youngest sister, brother-in-law, niece and nephew to look for activity, school and story books for my niece and nephew. It was also a good opportunity to look for Bird Field Guides from around the world. More than half of the books on sale at BBW were specifically for children. The rest were mainly novels, biographies, cooking, gardening, arts with one table on Nature, which was where I spotted this Field Guide to the Birds of the West Indies. Some of the islands in the West Indies are members of the Commonwealth Group, sharing common interest with Malaysia. Interesting to read about how Ian Fleming came up with the name "James Bond" for his famous 007 spy character. Ian Fleming is an active birdwatcher. He lives in Jamaica and came across the name of the ornithologist who published the definitive taxonomy Birds of West Indies. Mr Bond's field guide was featured in a scene from "Die Another Day" where the spy (role played by Pierce Brosnan) posed as an ornithologist when he introduced himself to his lady love interest (role played by Halle Berry). That famous beach scene was shot in Cuba. Read on more about this here.

Missed the Little Curlew by a few Days 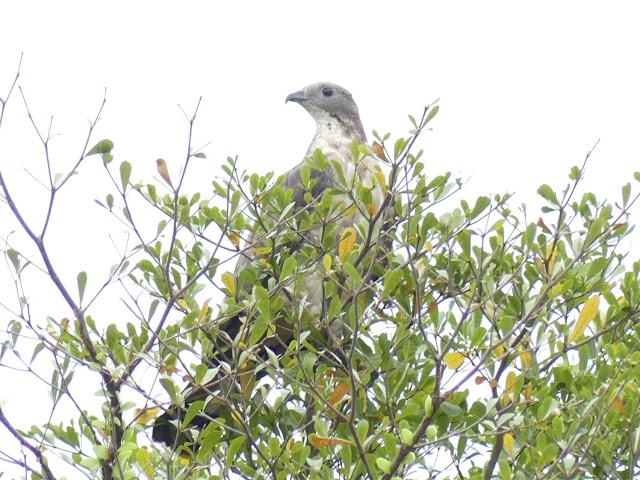 Oriental Honey Buzzards are on the move as they migrate southwards towards the Indonesia from Northern Asia ("Autumn migration"). Pleasant surprise to see this individual OHB (picture above) plonked into a tree beside the Taiping Municipal Council on a Sunday mid-morning post Taiping Bird Count 2017. I was in Muar end-October 2017 weekend for a personal matter and decided to do some birdwatching at Sungai Balang, Muar, Johor after hearing so much news about the Little Curlew's rare appearance there.

Alas, the Little Curlew would wait for no man, woman or child and was already on its way to the Indonesian archipelago as well. Little Curlew is listed as Least Concern in an informative pictorial by Graham Catley which I posted earlier in http://fraserhill.blogspot.my/2017/04/last-of-eskimo-curlew-from-canada.html. Also saw Eurasian Curlew in an earlier trip to Malacca - more on that trip organized by Wild Bird Club Malaysia at Birdwatching & Jalan-Jalan Cari Makan in Malacca: Website about birdwatching and birdwatchers in Malaysia.

Did see some wader species notably the Pacific Golden Plover, Terek, Marsh and Wood sandpipers as well as the odd-looking Lesser Adjutants. It was already hot by 10am (felt like noontime heat) by the time I left Sungai Balang for my lunch appointment with my friend in Muar. The highlight of that morning was the 68 migrating OHBs flying southwards toward Indonesian archipelago. Circling above the ricefields of Sungai Balang. Only one batch soared close by in front of me in order to take photographic proof. Lone Sparrowhawk species was circling at the top of this first batch of OHBs, from 9.15am to 10am, Saturday morning. Listing of birds which were seen that morning have been entered into eBird at http://ebird.org/ebird/malaysia/view/checklist/S40042742
Posted by tripletrogon at 12:55 PM 3 comments: