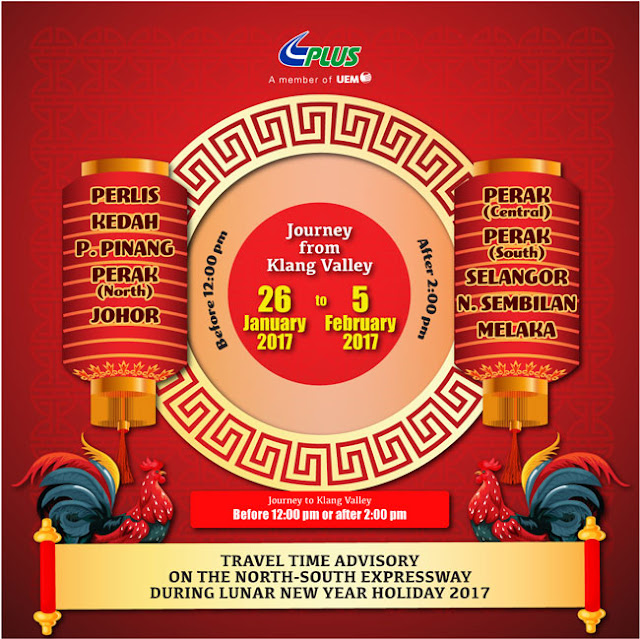 Plus Highway has issued their Travel Time Advisory for the coming Chinese New Year of the Rooster 2017. There's 50% Toll Rebates for those using Touch N Go, Smart Tag and PlusMiles cards on North-South Expressway and ELITE highways on 27, 30 January 2017, 3 and 4 February 2017. Toll Rebates apply only for those paying toll between midnight 12am and 6am early morning on those dates. Toll transactions at Penang bridge, Tanjung Kupang, Bukit Kayu Hitam and Sultan Iskandar Building toll plazas are excluded. More details at Plus Highway website here.  An added incentive for birdwatchers to hit the roads and visit birding hotspots within Peninsular Malaysia - once the family reunions and open houses are completed of course:)
Posted by tripletrogon at 9:24 PM 1 comment:

No Peregrine Falcon but then there were lovely birds elsewhere... 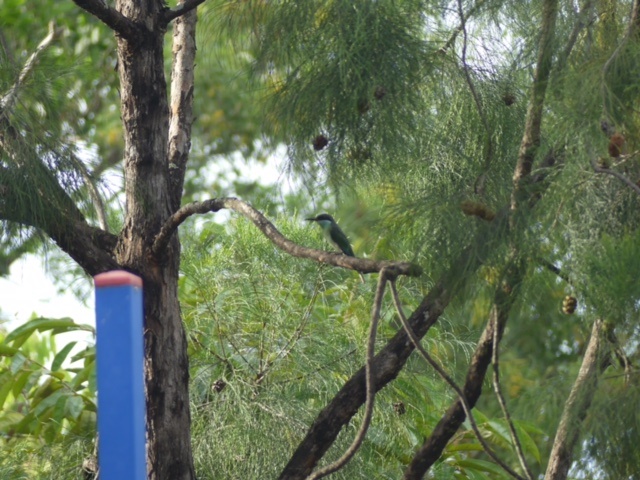 Peregrine falcon sighting was reported in eBird Malaysia first week of January 2017 in Taman Paramount housing area. This raptor was seen on one of the pylon towers for a good half an hour. There was a Shell station Deli2Go which I'd go to for my weekend cup of Americano (near Atria shopping centre, Damansara) and according to my Waze app, Taman Paramount was just 12 minutes away. I was there by 4pm and went around that area (nearby Taman Bahagia LRT station) for over 1 hour, hoping to catch a glimpse of the fastest flyer in the world.....but I didn't see it. I ended up birdwatching at Jalan Bukit Kiara, Intan training grounds, on 7th January 2017. Blue throated Bee-eaters, a pair perched on the hill-top area that sunny Saturday afternoon. A Blue tailed Bee-eater flew and perched on another tree at this area later in the afternoon, as in picture on the right:- 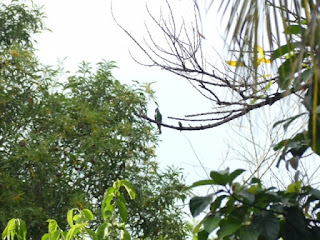 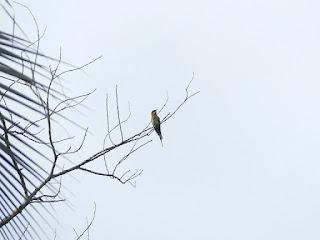 As I was about to exit Intan training grounds, I heard the distinct chirps of a flowerpecker. Parked my car near the lecture hall and walked a short distance to locate it. The red patch on the head of this flowerpecker caught my attention - Scarlet-backed flowerpecker, male was perched for a long time in this same spot, turning frantically to the right then to the  left..... 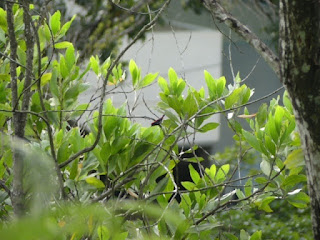 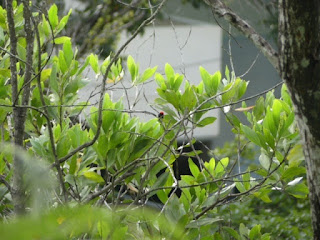 Scarlet-backed Flowerpecker female soon joined the male flowerpecker on this tree below. Their musical interlude was fascinating and I enjoyed their musical repertoire for over 10 minutes:) 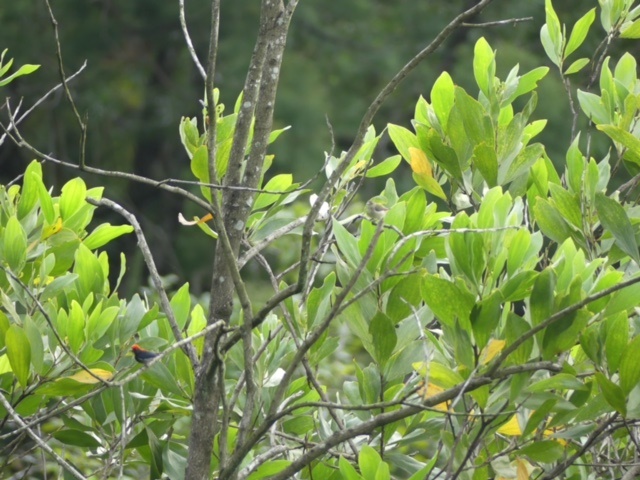 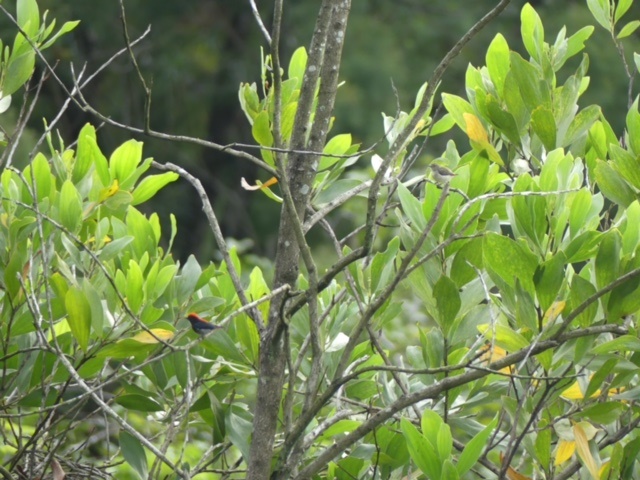 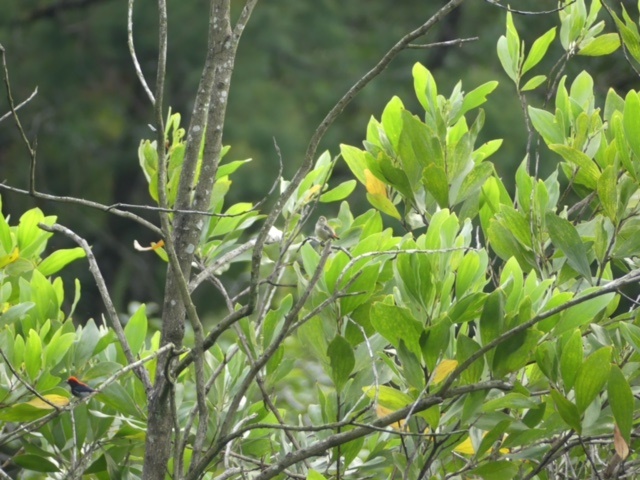 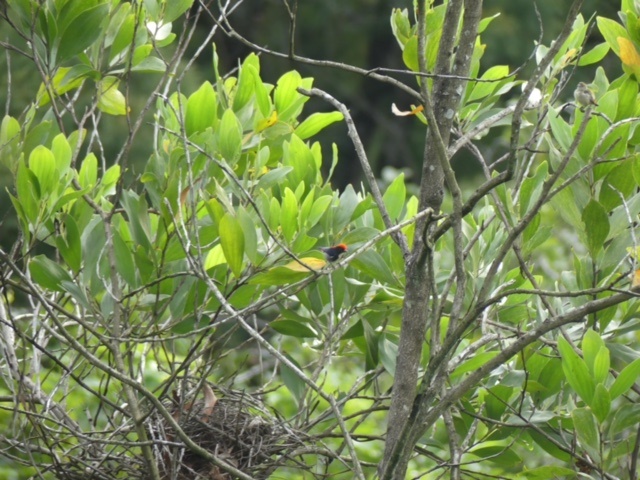 The orange-reddish flank of the female Scarlet-backed flowerpecker was visible only when it moved to its side and flicked its tail as it hopped along this branch to the right of the male species. Although I didn't get to see the Peregrine falcon of Taman Paramount, the Intan training grounds at Jalan Bukit Kiara, KL had lovely birds for my first 2017 late afternoon outing. Submitted my bird sightings in eBird Malaysia portal.