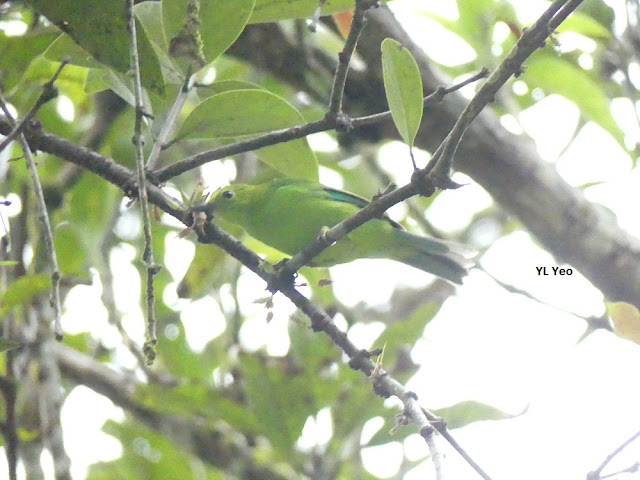 Less than half and hour away from hustle and bustle of Kuala Lumpur, FRIM Kepong is a welcome escape from urbanization and mad city life. FRIM website has information on diverse fauna and flora that can be found in the area including rare bird species such as Rufous-Collared Kingfisher and Crested Serpent Eagle. Didn't see these two that Sunday afternoon in FRIM so subsequent visits are being planned. Entrance fee to FRIM for individual is RM1.05. Driving in with car costs higher at RM5.05. It is not a recreational forest according to FRIM website but a research institute which allows public access to its facilities and grounds for a minimal fee. Fee rates are published in their website. FRIM has another branch in Pasoh, Negeri Sembilan. 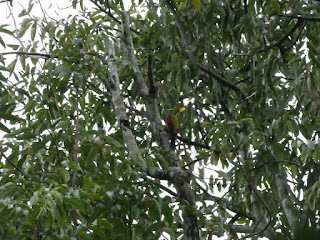 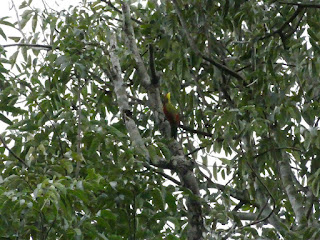 Banded woodpecker was busy pecking away on the trunk of a tree that Sunday afternoon. 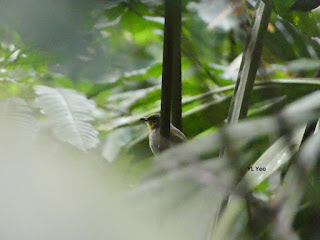 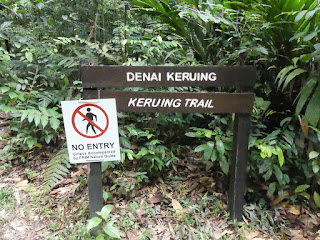 Stripe-throated bulbul was out and about on one of the trails that lead to this Keruing Trail. I didn't venture into this Keruing Trail since there was a no entry sign with a note requiring a FRIM nature guide to be around. An unidentified bird perched on tree as I was about to leave the headquarters building. It looked like a bulbul but could well be a flycatcher so this remains a mystery bird to me. Blue-throated Bee Eater were actively flying about the HQ area and returned to perch on the empty branch of a tree below. 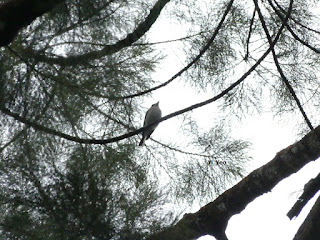 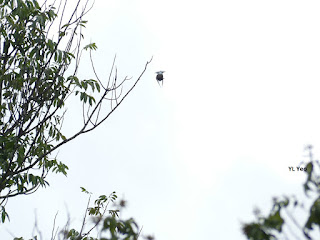 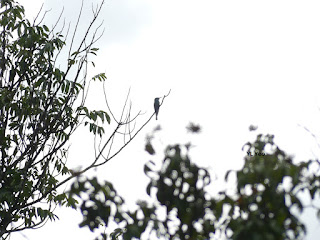 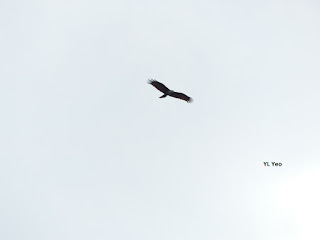 Brahminy Kite soared and circling over the skies of the forest that Sunday afternoon. Brown shrike was also seen later in the afternoon as I walked towards the waterfalls area. 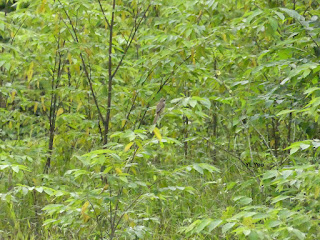 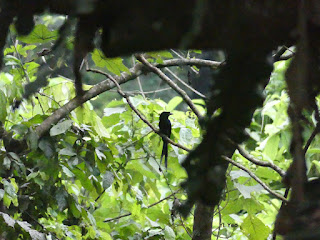 Felt child-like as I walked up the slopes near the stream towards a grove of trees to get a closer look at the Racket-Tailed Drongo and Black and Red Broadbill. 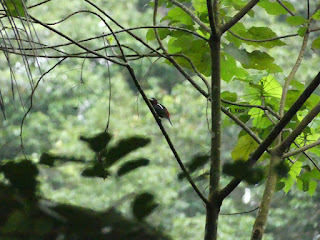 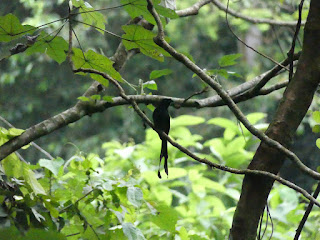 I had initially thought and mistaken the Banded as a Crimson-winged until I re-checked my Craig Robson Field Guide (older edition). Beautiful outline of tree against sky below. There is a canopy walkway in FRIM which I've read and heard about so often. Will go explore at my next visit. 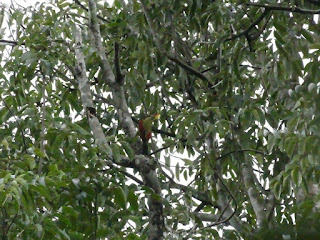 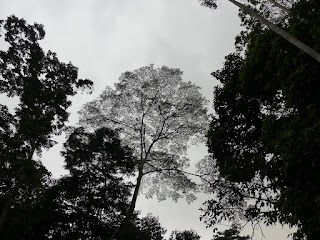 Posted by tripletrogon at 9:39 PM 2 comments: