The Malaysian Nature Society (MNS) 2-day wader workshop which was held at the Kuala Selangor Nature Park (KSNP) during the first weekend of November 2014, was a very educational and eye-opening experience for me. I was an active birdwatcher who fell in love with birdwatching whilst volunteering for a friend's community-based project in Fraser Hill. Montane birdwatching became a lifelong hobby of mine but wader watching proved to be a very different type of birdwatching altogether! Birds sighted during our Saturday evening walk along the trails and mangrove boardwalk of KSNP included Laced Woodpecker (a pair), Dusky Warbler, Pink-Necked Green Pigeon,   Mr Ang has a beautiful picture of the Laced Woodpecker in his Facebook page. 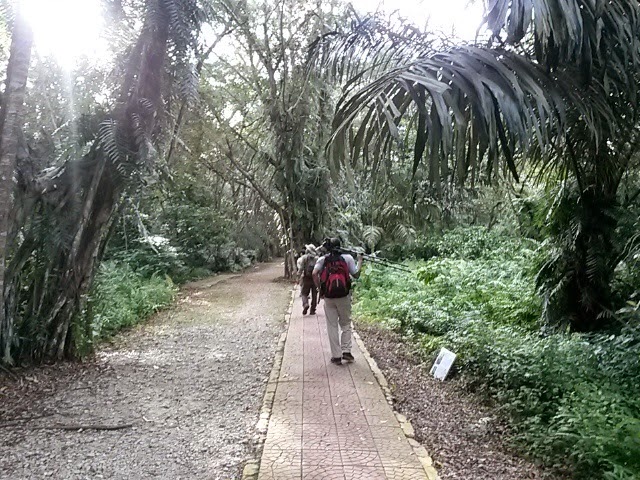 View of lighthouse on Melawati Hill, from KSNP as we headed out of the trail quickly as dusk approached. Common Redshank calls were heard before this wader flew into the mudflats for rest and refuge. Waders, shorebirds, waterbirds - different field guides named them differently. Every single one of these birds play an important role in the ecosystem. Their migratory patterns was explained during the workshop. Mr Ang even showed us pictures of waders which were tagged by researchers from Thailand, China etc. who study the routes taken by these winged wonders when they begin their migration along the East-Asian Australasian Flyway. 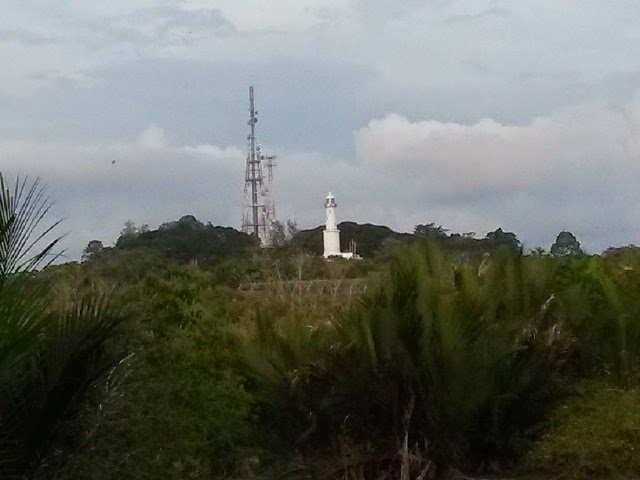 Our wader workshop instructor Mr Ang Teck Hin's passion for waders was evident. One of the successful tips for ensuring successful wader watching depended very much on the timing of the tides. For example, high tide times in places like Kapar Power Station play a crucial role and if one goes at the right time, the reward can be the sighting of not only hundreds but thousands of waders coming in to roost and feed.
How to count waders as explained by Mr Ang below. There was a tendency to under-estimate the total number of birds amongst a large group, which were resting on the ground. What was initially estimated as 60 in the picture on the slide, turned out to be hundreds of birds from same wader species. Challenging indeed.
We also learned about size, shape, breeding & non-breeding plumages of different waders, and the environments in which they are found such as wetlands like KSNP, coastal beaches and mudflats like Tanjong Karang and Jeram, paddyfields, marshlands etc. Sekinchan, where the paddyfields were, was quite a distance from Kuala Selangor. Due to time and distance, we didn't cover Sekinchan in our field trips.
The class of November 2014 below which included experienced birdwatchers from MNS Selangor Bird Group who ably guided us during the field trips to Tanjong Karang (on a blistering hot Saturday afternoon) and Jeram, Kuala Selangor (on a less hot Sunday morning).

Malaysian Nature Society's January 2015 newsletter has published article above and has more information on this Wader Workshop.

Posted by tripletrogon at 6:26 PM 5 comments: