Lenga in District of Muar 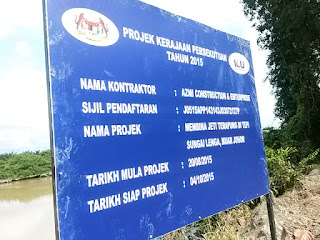 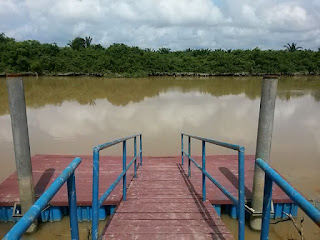 Lenga in Muar District. Small road leading to this jetty in village. Was only there for a few minutes that 14th Feb 2016, Sunday before continuing my drive towards Pagoh from Sungai Chodan, Paya Pulai, Segamat. 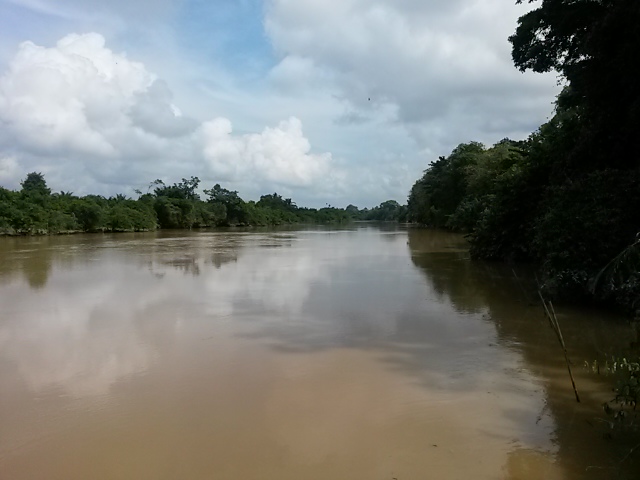 Little heron flew across the river when I was on this small jetty. Didn't see any fishermen plying the river that Sunday morning. Tarred road passing by villages and small towns was the road less traveled. Took in much-needed breaks at Sungai Chodan and Lenga, which were scenic riverside stops for me before I entered the Plus North-South Highway at Pagoh exit. Stopped for coffee break at Pagoh Rest Area which was surprisingly very well-equipped with Chatime outlet in the Shell petrol station which had a Shell Deli serving reasonably priced lattes and coffees. Toll fees from Pagoh exit cost me RM24 (from the usual RM13 if I had exited from Simpang Ampat). Paid extra so that I could spend more time birdwatching:) Toll Fare Calculator at PLUS website is a good reference point for planning ahead. 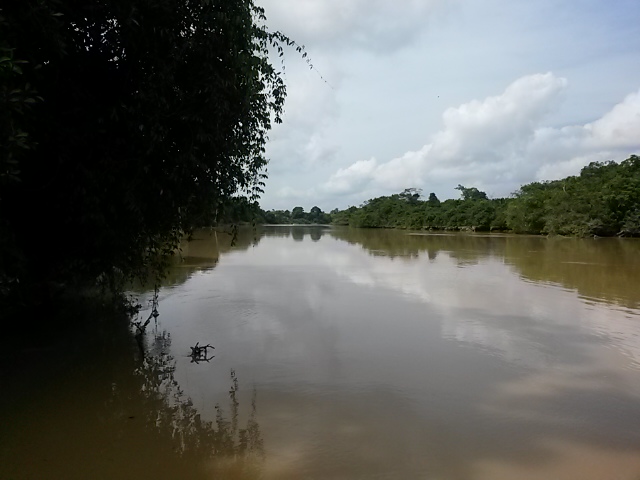 Posted by tripletrogon at 7:03 PM 2 comments:

Birdwatching on the journey back to KL 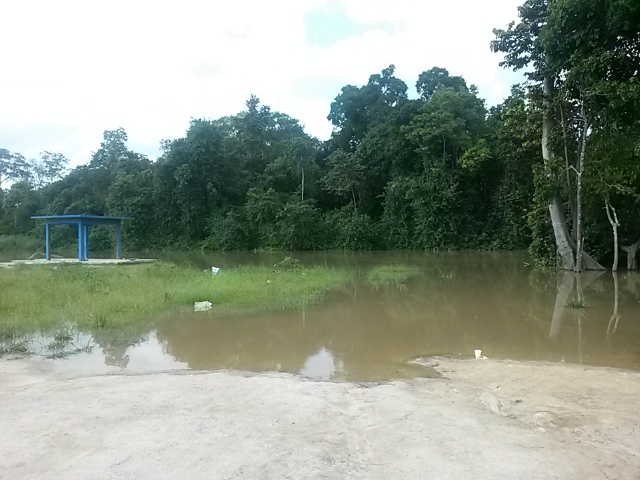 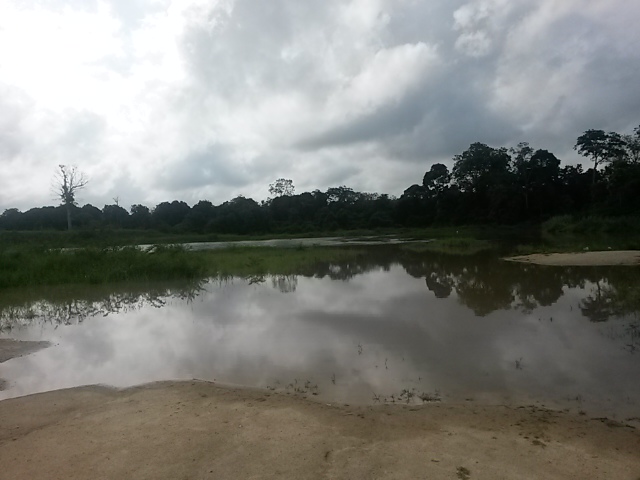 Explored Sungai Chodan on a late Sunday morning as I took the road less traveled which is the exit from Paya Pulai towards Muar, as I made my journey back to Kuala Lumpur from Segamat, Johor after the week-long Chinese New Year 2016 holidays. Kampung Chodan is the nearest settlement to this riverine area, and it is accessible via trunk road from Labis or from Muar. Taman Rekreasi Kuala Sungai Chodan signage on the bridge as pictured below. It was a Hot Sunday mid-morning birding stop as I had not visited this area for many years now due to work commitments in KL and 2015 heavy floods in this area caused by the unusually heavy rains in January and February that year. I drove past a Sugar cane plantation on the way to Sg Chodan Recreational park. No inner roads to reach this Sugar cane plantation so I was unable to walk closer and scout for bird life in the sugar cane fields. It looked to be a relatively small field of sugar cane, still jade green. Doesn't look to be a large-scale plantation compared to the sugar cane fields of Chuping, Perlis. No factory in sight. This sugar cane field looks to be on private land. Used to see corns being grown in this area of Paya Pulai. 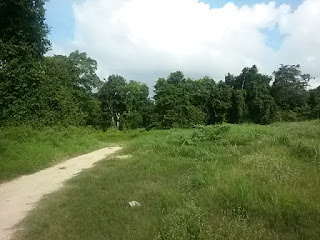 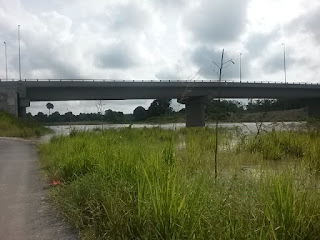 Spotted Little Green Pigeon perched high on tree that was alongside the road above. The pigeon's wing and underparts were a deep maroon colour, and it had a lovely orange on its neck, breast and a green body. Heard Oriental Pied Hornbills and saw one flying across the river. Also saw three big flocks of Cattle Egret flying across the bridge towards the other side of the River. Crested Serpent Eagle was soaring in the sky above the secondary forest. An Unidentified Accipiter was soaring near to this Eagle. It had distinct white underparts. Comparatively smaller than the Eagle and had very rounded wings. Fluttering and soaring as it flew above the forest so can only guess that it is a either a Sparrowhawk or a Goshawk. I have seen Crested Goshawk in Segamat Country Club in 2015 but I cannot confirm that it was this species of Accipiter that was soaring next to the Eagle that day in Sungai Chodan. Feeling frustrated in my car that day not being able to confirm this Accipiter:( Three big flocks of Egrets (possible Cattle - missed the colours of its beak. Black legs & feet, with Creamy White Plumage) flew across the bridge to the other side of the River. 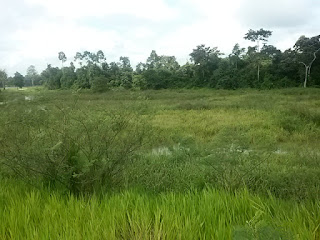 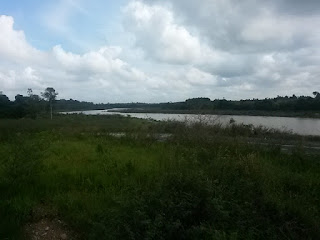 Have seen Wild Boar foraging among the grasses in picture above a few years ago. Flooded road to the other side of the bridge. Use to see otters (Mum and Babies) in the quieter parts of the river. 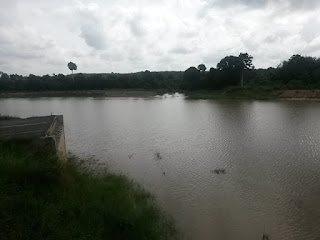 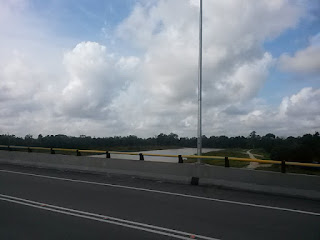 River has risen to almost same level as the road alongside it. Heavy rains in Segamat before and during Chinese New Year 2016 week. News of heavy floods in Malacca (Alor Gajah), Negeri Sembilan and Johor (Segamat) that first week of February 2016. Yellow-bellied Prinia was singing away in the acacia bush as I drove back up towards the bridge. 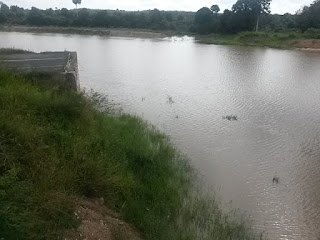 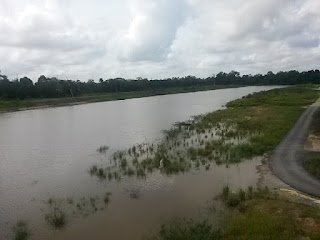 Tarred road extended beyond the bridge to the other side of the River. Section of that road was underwater from under the bridge onwards. That was the section that led to the quieter (and undisturbed) parts of the river. Lovely (though late morning) birdwatching moment for me on 14 February 2016 Sunday, which was Valentine's Day. 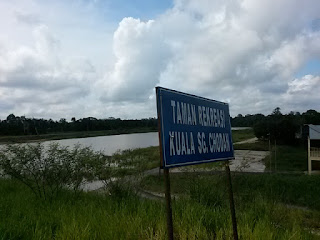 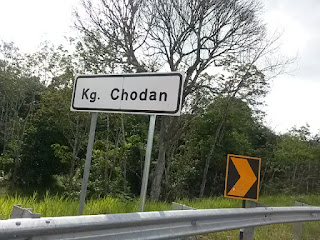 Birdwatching in backyard on sixth day of Chinese New Year 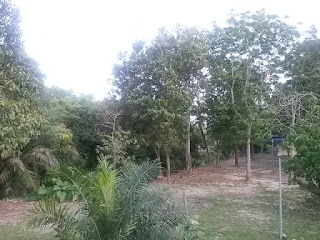 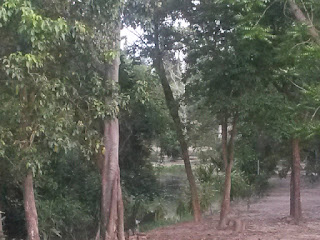 Green patch where I had gone for an hour of birdwatching on sixth day of Chinese New Year, 13th February 2016, Saturday evening. Woodpecker (looked like Banded with reddish brown body) flew past me, up and over rooftops of double-storey houses and bungalows and towards the Segamat Country Club. Flocks of pink-necked green pigeons were feeding in a tree just behind the Tamil Primary School. Also seen foraging on the ground of this green patch was the Red Junglefowl. Heard the Prinia, Saw Bee-eaters, yellow-vented bulbuls, mynahs, white-breasted waterhen with chick, two Buttonquails (see earlier at 5.40pm, crossing the road ahead of me when I was driving back to my home in Segamat Baru through inner roads from town). Drove back to see if I could catch a second glimpse of the quails but after waiting until 7pm, these shy birds did not re-appear. 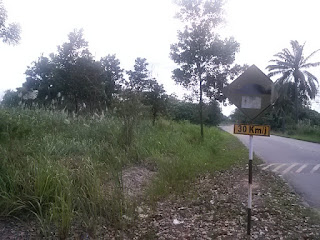 Conducted my garden birdwatching at this green spot which is near my house for My Garden Birdwatch survey back in June 2013. Interesting to see My Garden Birdwatch ranking the Top Ten Commonly Seen Birds in Malaysia from 2010 to 2015. MYGB 2015 Quick Take infographics contain some startling facts including the one on Common vs Javan Mynas, with the latter being an alien species introduced into Singapore and spreading northwards according to My Garden Birdwatch website. Seems the Javan has displaced the Jungle Myna in some places and is putting immense pressure on the Common Myna population.  I did see how the Javan myna behaved when near Common myna during My Garden Birdwatch 2015 and wrote about it in my earlier blog post here. Good to read that the White-throated Fantail made it to the Data Bank when it was sighted at Tanah Rata on 20th June 2015. I believe it is a montane species as compared with the Pied Fantail, which I saw hopping around my neighbour's rooftop when I was back in Segamat for Chinese New Year break. Also saw a pair of Olive-backed Sunbird (Male & Female) in Jambu Air fruit tree within the compound the bungalow nearest to the road that leads to Segamat Baru from the Country Club. Two Brown-throated Sunbirds (Male species) then appeared in the lower levels of the Tree at this Children's playground below. Saw four Brown-throated Sunbirds (all Male species) perched on electrical lines whilst I was on balcony Sunday, 14th Feb morning in my parents house. Their appearance really made it such a special Sunday morning for me! 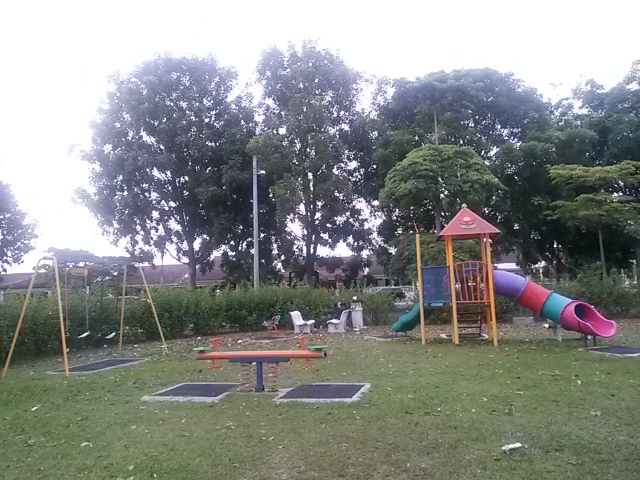 Children's playground above where I observed and submitted my count during June 2013 My Garden Birdwatch. It was a very hazy month in 2013 and I remembered falling sick a week after that due to the haze. I wasn't back in Segamat by June 2014 so I missed this spot that year. 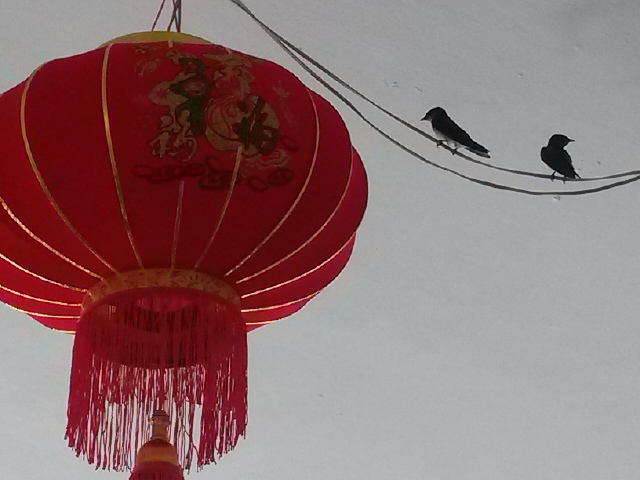 Adult swallow and juvenile swallow. Pacific swallows. Back in Segamat Baru on eve of Chinese of New Year 2016. Intermittent rains since I came back on Friday afternoon. Traffic has quadrupled in this town as Chinese in Malaysia prepare to usher in Year of Fire Monkey. Only saw this pair on Sunday morning for a good 15 minutes before both flew away. Juvenile swallow was gaping its beak at the adult but latter did not feed it any food. Gold cake (Nian Gao) packages feature lovely birds and aptly so since CNY heralds the coming of Spring. Sticky sweet rice cake is offered to Kitchen God in Chinese household so that sweet words flow to the Jade Emperor from Kitchen God's mouth after this offering is consumed. 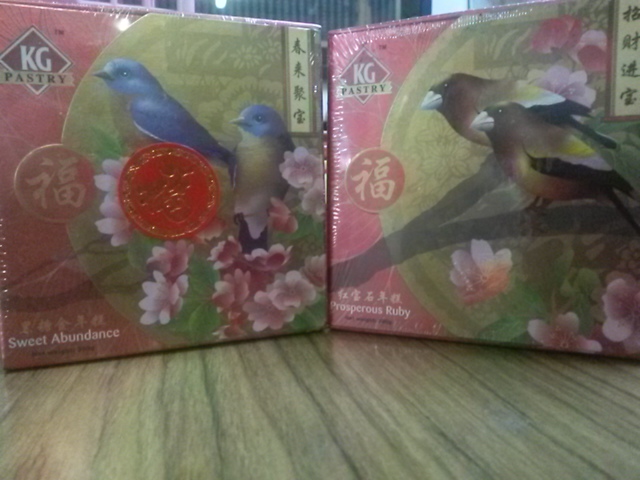 Posted by tripletrogon at 9:23 PM 3 comments:

Botanical Gardens of Kuala Lumpur and an evening with a Duck


Lesser Tree Duck at Botanical Gardens KL on Sunday evening before the drizzle became heavy rainfall by 6.50pm. Dashed hopes of seeing Baillon's Crake. Crowded that day and took me longer than usual to park my car.
Posted by tripletrogon at 9:41 AM 2 comments: